In Spring 2014, L. Malik photographed rehearsals while also recording footage for the play Jungle Kings written and directed by Rain Wilson. These images were used to educate the cast and to promote the Multicultural Theatre Festival.

L. Malik and a collective of aspiring journalists and bloggers launched Clash Digitel, an online magazine specializing in entertainment and lifestyles in November 2011. In Spring 2016, Clash Digitel began focusing on producing digital content and social brand development for clients. He is also the co-founder of the National Association of Black Journalists at University of Wisconsin- Madison (NABJ-Wisconsin).

L. Malik artistic work focuses on intersecting identities including Blackness and Queerness, mental illness, the African diaspora and more. He uses poetry, prose, mixed and digital media to reclaim his cultural identities while empowering himself.

Published articles and features produced by L. Malik have appeared on Madison Commons, The Madison Times, Madison 365, and in the  The Cap Times. 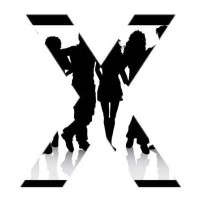